When capturing spam campaigns, we also monitor the IP addresses they come from. This gives us a very detailed picture of the number of infections in each country. Although it would seem that the situation in this area will be more or less stable, interesting changes are happening here as well.

In the long run, China holds the first place, where we know about two million infected IP addresses from which spam comes. Of course, the high number is due to the fact that it is the most populous country in the world. So there are the most users, devices, and the greatest potential for abuse.

However, it becomes interesting when we include the total number of users in that country in the statistics. China is far from winning in this statistic, but countries like Kazakhstan, Vietnam and Iran come to the forefront. For them, the ratio of infected computers is approximately tenfold.

While in China about every one-fourth of a computer is infected, in Kazakhstan every thirty-fifth and for example in Vietnam every fifty-second.

Vietnam, along with India, ranks second and third among the countries with the highest number of infected IP addresses. The Russian Federation is on the fourth place. 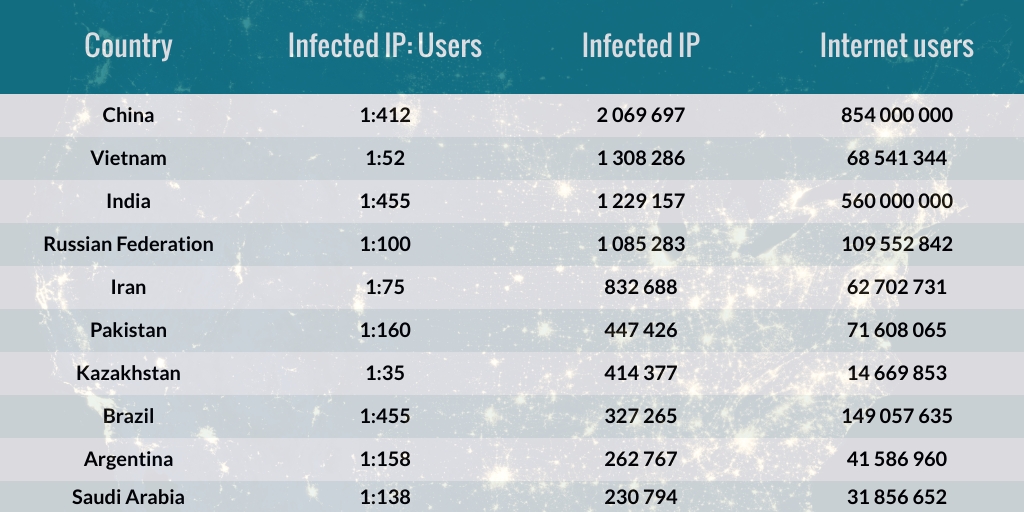 Though many people would laugh at the idea of an email going ‘missing,’ it’s a surprisingly common issue. While email was a fairly...

Cybersecurity in local government is a growing concern for anyone interested in how digital technology is impacting our political system....

When it comes to cybersecurity, it's often difficult to keep up with the latest industry developments. New security threats are emerging on...

Wherever there exists networked, digital devices, cybersecurity is an important consideration. The education sector is no different, and...